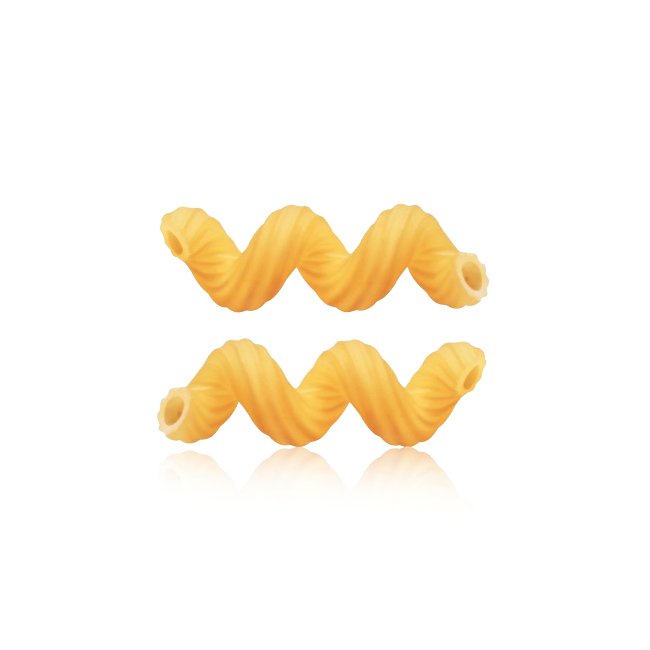 The story of this shape of pasta is bizarre: it was first created in the 1970s in a well-known pasta production plant in Emilia. Due to a glitch in the machine, instead of making a straight ridged pasta, the extruder produced a helical shape resembling a “spring”. At the time, singer Adriano Celentano (known as il Molleggiato, “Springy”, because of his dancing moves) was at the peak of his popularity. Although there is no proof, tradition has it that his nickname inspired the name of this new shape of pasta, celentani.

Because of its helical shape, celentani pasta is also known as cavatappi (corkscrews), spirali (spirals), and amori (lovers).

Celentani pasta comes from Parma, where the pasta production plant that first made it is based.

The curly tubular shape of this pasta is perfect to capture all types of meat, vegetable and fish sauces.

This pasta is so versatile that is often served with traditional Italian sauces, mainly with a tomato base, such as amatriciana sauce, but it’s also great enjoyed with basil pesto.

Celentani pasta is very popular in the United States and has become the shape of choice for mac’n cheese and other dishes with cheese sauces. 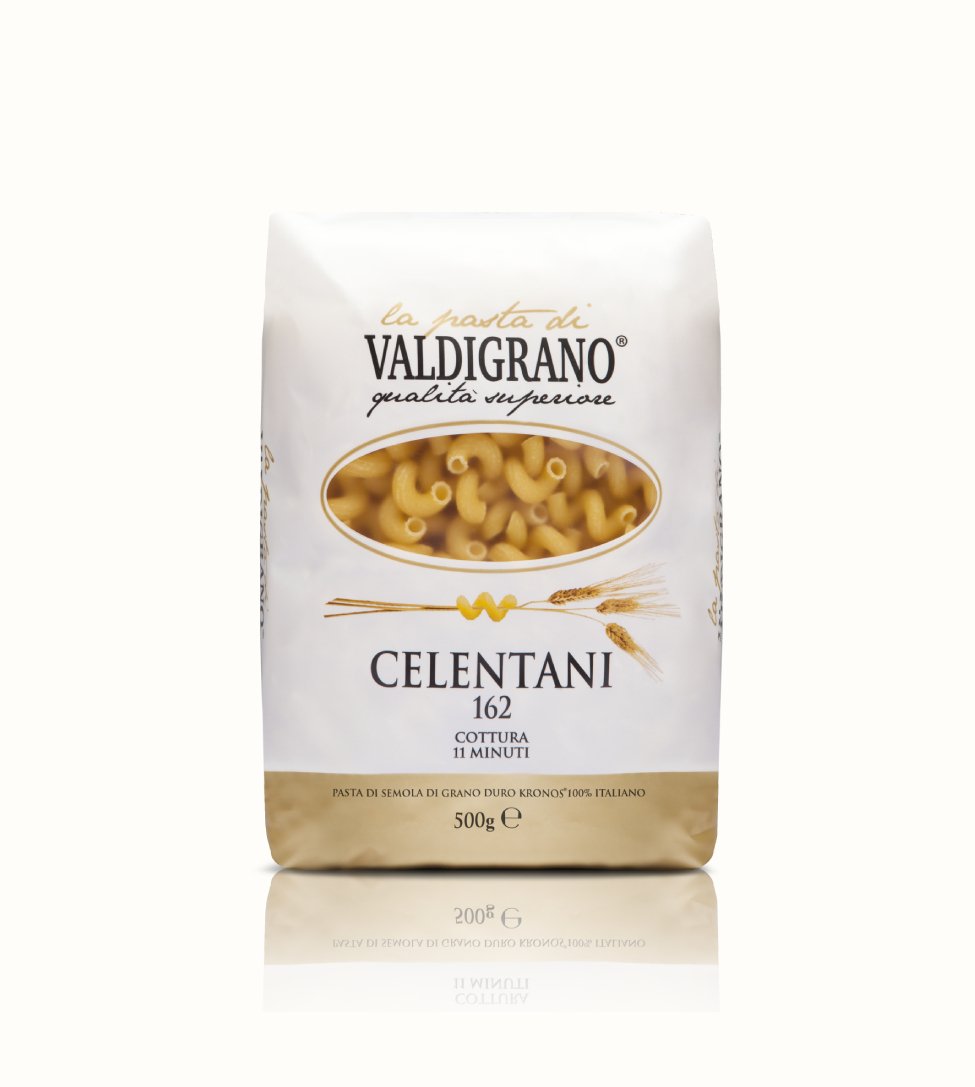