Sedani rigati is a type of short pasta and one of the most popular tubular variants descended from maccheroni. The slightly bent shape and the originally smooth surface of this type of pasta earned it the nickname of “elephant teeth”. Over time, when the surface became grooved like a celery stick, it was renamed sedani rigati, which translates as “grooved celeries”. Today a variant of this shape of pasta is straight rather than bent. The strong point of sedani rigati has always been its grooved texture able to capture even the most delicate sauces.

This type of pasta was born in Naples but quickly became popular across Italy, albeit with some adjustments and personalised touches. Over the years, it became shorter, hence the smaller sedanini variant.

In Italy sedani rigati pasta is traditionally used in recipes with white cream or cheese sauces. Sedani rigati with walnuts and cream, or cream, pumpkin and sausage, or smoked salmon and cream, are just some of the many delicious combinations. This doesn’t mean that sedani rigati cannot be enjoyed with tomato sauces, for example, with tomato and mascarpone cheese.

2. Cooking with a lid will save time and gas or electricity and the water will boil sooner- 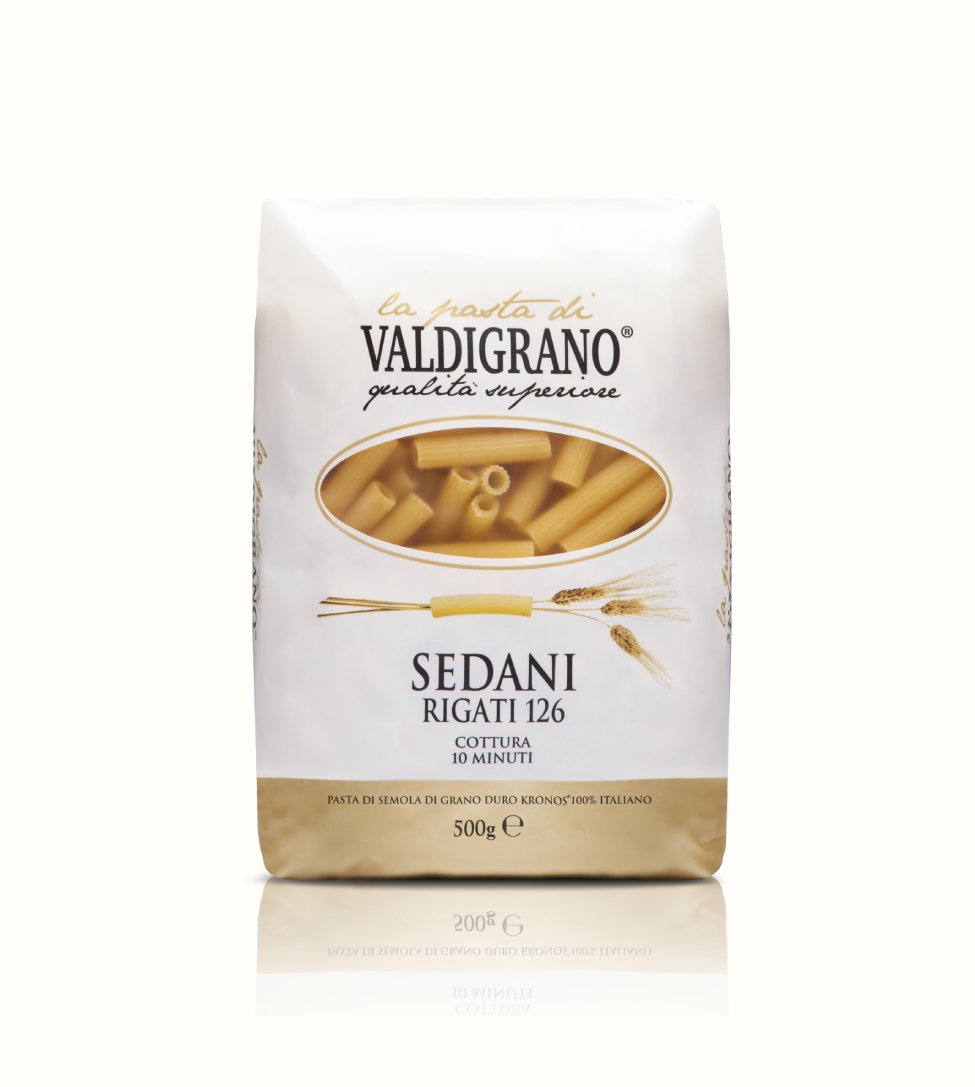